When children are unable to live safely at home with their parents, they may enter out-of-home care. Most of these children are in foster or kinship care and many are able safely to go home after a period of time.

But for more than 23,000 children in out-of-home care in Australia, the courts have determined they cannot ever safely return home.

Adoption is one way these children can be given permanency and avoid moving from placement to placement in foster care.

Read more: Explainer: how hard is it to adopt in Australia?

But the adoption of children from out-of-home care is extremely contentious. This is partly because adoption laws in all Australian states and territories require children to be legally severed from their birth family when they’re adopted. This is called “plenary adoption”.

Our new research, launched this week in parliament in Canberra, found Australians with personal or professional experience of out-of-home care or adoption want a new form of adoption legislated in Australia. One which would allow children to have legal ties to both their adoptive family and their birth family at the same time. This is called “simple adoption”.

As one adopted person in our study described:

Simple adoption seems to protect everyone, the child is not displaced, does not feel like an item trafficked between two worlds, the child belongs to everyone but is safest with the adoptive parents.

To me, this option protects the child’s right to identity, family and safety, the right to flourish.

The current requirement to cut the legal relationship with birth family is a legacy of Australia’s history, with legislation across all states and territories derived from laws enacted in the 1960s.

This was a time when unwed mothers were often coerced into allowing their babies to be adopted, and the legislation was designed to hide “sexual immorality” illegitimacy and infertility.

Adoption required a complete legal and physical separation of children from their birth family, and was often hidden even from the adopted person.

Over time, the harm of these adoption practices was recognised, and laws have gradually reformed to remove secrecy from adoption.

Today, almost all adoptions in Australia are “open” and children often have ongoing contact with their birth families.

Despite this, legal severance from birth family and identity erasure has remained in plenary adoption and adopted children are no longer legally related to their birth parents, birth siblings or extended birth family. 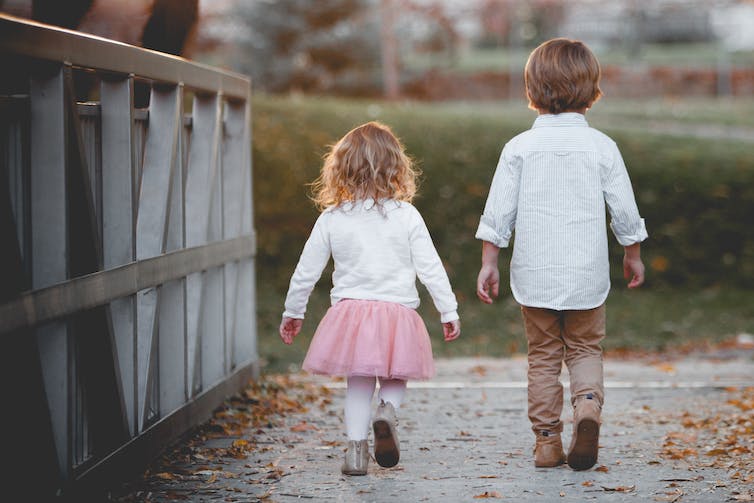 Instead, a new birth certificate is made that replaces the names of their birth parents with their adoptive parents’ names.

This legal separation and the erasure of identity is extremely painful for many adopted people. Some of whom have, as adults, even gone to the extreme of having their adoption discharged to regain their legal connections and identity.

As one adopted person said:

Loss of identity, heritage and false birth certificates are huge issues for adoptees. Forever into the future my genealogy has changed. I can never be legally related to my family.

It’s also extremely difficult for birth parents and extended birth family, who, while they may not be able to care for their children, generally still love them dearly.

Our research gathered the views of a range of people with connection to foster care and adoption. This included adopted people, former foster children and their birth parents, foster carers, adoptive parents and child welfare professionals.

Read more: Adoption has a role in child protection but it's no panacea

Overwhelmingly, the more than 1,000 participants scored simple adoption as their most preferred.

Simple adoption means children are full legal members of both their adoptive and birth families at the same time, creating a new legal identity for children without legally severing them from their birth family or erasing birth identity.

Simple adoption is not a new concept, and is currently in place in countries as diverse as France, Brazil, Thailand and Ethiopia. But we have never had simple adoption in Australia.

Many study participants had never heard of simple adoption, but were enthusiastic about its possibilities. Among the excited responses were: “sounds too good to be true! In a perfect world… MAKE IT HAPPEN!” and “simple open adoption sounds fabulous! Please bring it to Australia”.

The legal belonging in two families that simple adoption provides was linked to emotional well-being and was a central reason why it was viewed positively.

This research suggests it’s again time for legislative reform so children are able to remain a legal member of their birth family when they’re adopted, and have their identity preserved.

It’s important to remember that regardless of any improvements made to adoption, supporting birth families so they’re able to care for their children must have the highest priority.

But for when it’s not possible for children to safely live in their birth families, the research is clear: simple adoption should be an option.