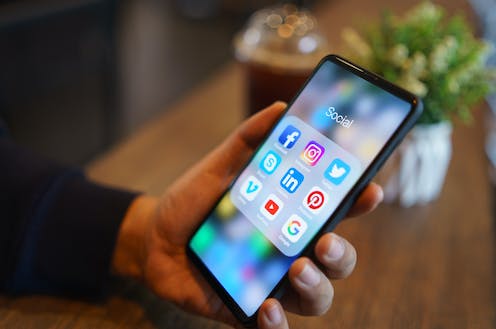 In recent weeks, India’s High Court of Delhi put another nail in the coffin of the internet as we currently know it. The court granted an order requiring Facebook, Twitter and Google to remove certain content globally, based on that content being defamatory under local law in India.

This decision underlines a worrying trend of a “race to the bottom” for internet freedom, where the scope of jurisdiction claimed by the courts is global.

If widely adopted, this may result in a situation where the only content that remains online is that which complies with all the laws of every country in the world.

Another brick in the wall

In reaching its decision, the Indian court relied on a string of recent decisions from around the world. For example, it drew from the Canadian approach in Equustek, where the Supreme Court of Canada ordered Google to remove content globally.

It also referred to a 2017 Australian case in which the Supreme Court of New South Wales ruled Twitter must globally block any future posting by a specific user.

The most recent decision referred to was a ruling by the Court of Justice of the European Union (CJEU) in which the CJEU concluded the EU’s e-commerce directive doesn’t prevent courts in EU countries from ordering social media sites to block or remove information worldwide.

Following the CJEU’s decision, several leading commentators argued that, while much has been made of the CJEU’s apparent green light to global takedown orders, in reality this was just a decision about the dividing line between EU law and national law.

Even if this is true, headlines around the world didn’t communicate such a nuanced outcome. And with the current decision from India, we can see with complete clarity how that case is now being used by foreign courts. This shows how careful courts must be as to the messaging of their judgements.

It’s of course possible to suggest this type of application of an EU law case is a mistake by the Indian court, rather than the CJEU - and there is certainly merit in such an argument. However, the CJEU’s decision was a missed opportunity to clearly communicate a general stance against global orders as being standard.

Geo-location technology may be used to block online content within a specified geographical area. This practice caters to a global internet while still respecting differences in laws, and in India’s case could provide an alternative to a global blocking order.

Read more: Governments are making fake news a crime – but it could stifle free speech

However, more than once, courts have failed to understand how this technology operates. And at least on this occasion, errors could have been avoided since the court “had specifically directed the defendants to throw some light on how geo-blocking is done and to keep a technical person present in court to seek clarification on geo-blocking”.

The court said none of the internet platforms had given a detailed explanation as to how geo-blocking is done.

As a result, the court clearly misunderstood the impact of geo-blocking:

If geo-blocking alone is permitted in respect of the entire content, […] the offending information would still […] be accessible from India, […] by accessing the international websites of these platforms.

Where geo-blocking is done by reference to domain names, internet users can indeed use another country’s version of the site in question and access the content. This seems to be the situation the court had in mind.

In contrast, with blocking by geo-location technology, the content is tailored to the user’s location, regardless of which country’s version of the site is accessed. It’s highly unfortunate the court wasn’t made to understand this important distinction.

Silver linings, and the way onward

Although the above probably makes clear that I see the Indian court’s decision as a setback, there are also some positive aspects that ought to be highlighted.

In its decision, the court clearly acknowledged the importance of the scope of jurisdiction issue and the implications of global orders.

The court also devoted considerable effort to discussing case law from around the world. This is an important step if we are to see a global harmonisation in approach. That said, I’d like to add that currently harmonisation seems to be taking us in an undesirable direction, with global blocking/removal orders as standard.

Read more: Caution over the EU's call for global forgetfulness from Google

While the Indian court decision is currently under appeal, there’s no point denying the future of the internet looks bleak when it comes to scope of jurisdiction.

The case discussed here sets an important precedent, not just for India but also the rest of the world. And much is at stake.