When actor Kevin Spacey was accused of attempted sexual assault of a teenage boy, his role in the Ridley Scott film, All the Money in the World, was erased and reshot with Christopher Plummer. When the celebrated Torres Strait Island painter Dennis Nona went to jail for raping a 12-year-old girl, Australian art galleries responded by taking his works off their walls and putting them into storage. R Kelly’s concerts were cancelled and his RCA contract was not renewed because of his alleged sexual abuse of underage women.

The history of art is full of artists who were cruel, exploitative, prejudiced or predatory. Picasso mistreated women, the Renaissance painter Caravaggio was a murderer. Wagner was an anti-Semite, Alfred Hitchcock tried to ruin Tippi Hedren’s career as an actress because she refused his sexual advances. 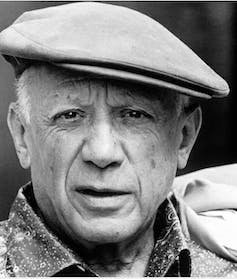 The #MeToo movement has thrown a spotlight on contemporary cases of artists and producers harassing and bullying those in their power.

Those who harass or rape should be exposed and punished. The license to break moral rules that genius is sometimes thought to bestow on artists has to be revoked. But should the character of an artist affect how we judge their works?

Should the works or performances of wrongdoing artists be censored, shunned, or locked away? Should good behaviour be a criterion for exhibiting an artist’s works? “Once we start removing paintings from walls, where do we stop?” asks arts editor and art historian Ashleigh Wilson.

Shunning art because of the behaviour of the artist offends against traditional assumptions about the value of art and the relationship between artists and their works.

We are supposed to value artistic expression and oppose attempts to suppress artistic works even when people are deeply offended by their content. Piss Christ, a photograph by Andres Serrano of a crucifix submerged in a tank of his urine, was exhibited in galleries even though many Christians viewed it as sacrilegious. 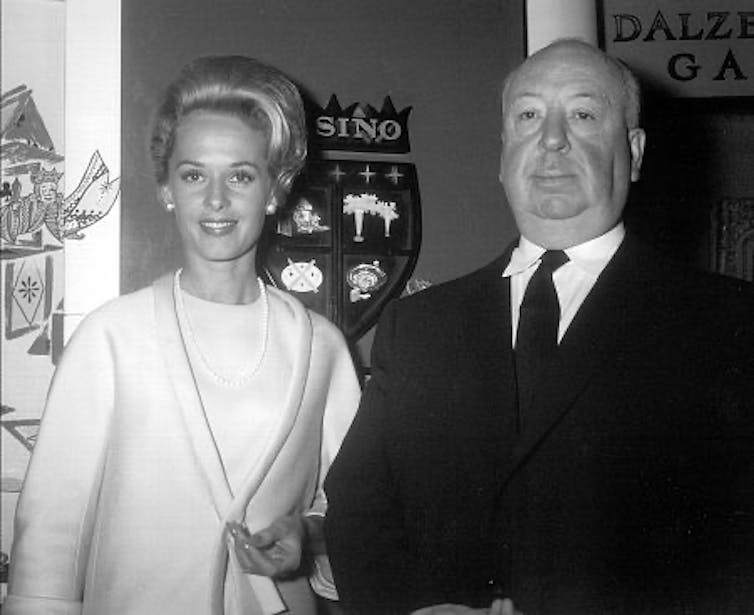 Tippi Hendren and Alfred Hitchcock in 1963. The actress claims Hitchcock assaulted her while filming The Birds. idmb

But if it is wrong to censure art or refuse to display it because of its content, how can it be right to shun it because of the behaviour of the artist? What’s the difference?

The perils of biography

The view that we shouldn’t judge art because of the behaviour of the artist is backed up by common ideas about how we should appreciate art. A work of art or a performance is supposed to have value and meaning in its own right. It’s supposed to be judged for what it is and not its relation to extraneous factors. This view allows that the biography of the artist can be used to provide an insight into the work, but the life of the artist is not supposed to affect our judgement of the aesthetic value of his or her works.

Artists themselves warn against taking their works as a reflection of who they are. When asked whether his films helped him work through his life dilemmas, Woody Allen denied any relation between his life and his works. “Movies are fiction. The plots of my movies don’t have any relationship to my life.” If works of art belong to a realm separated off from the life of the artist they can’t be polluted by the bad things artists do. 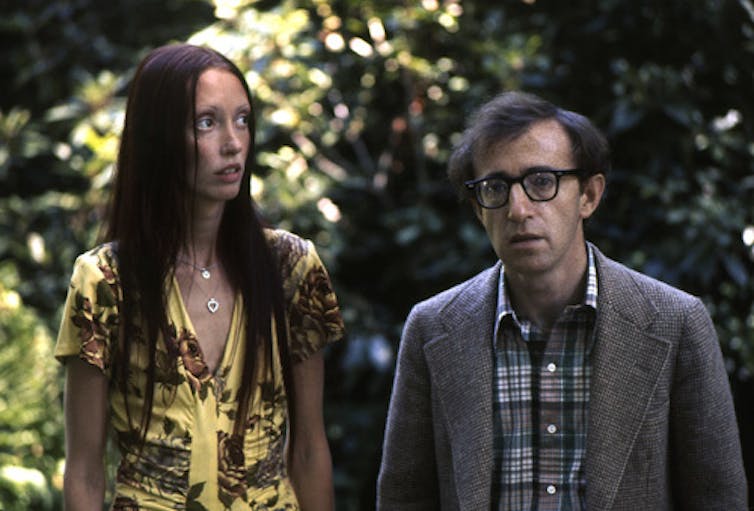 The separation of life and character from art is far from complete. In his new book On Artists, Ashley Wilson finds a scene in Allen’s Annie Hall that suggests the wrong kind of attitude to children’s sexuality. This scene is especially disturbing because of Allen’s daughter Dylan’s accusation that he sexually assaulted her as a child, which Allen denies. Wilson also cites dialogue in Hitchcock’s Marnie that seems to reveal his perverse obsession with Hedren.

Some of R Kelly’s lyrics can be interpreted as condoning sexual harassment and it is not difficult to find anti-Semitic or pro-nationalist elements in Wagner’s operas. 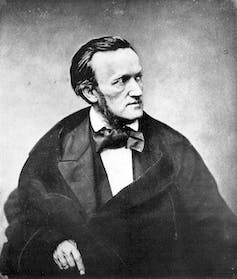 But does this matter? Works of art now regarded as classics frequently contain assumptions about race or the roles of women that we now reject. Shakespeare’s Merchant of Venice makes anti-Semitic assumptions about Jews and Taming of the Shrew has its misogynous moments. But they do not significantly detract from the value we find in these works.

We should be willing to accept that artists are not free from the prejudices of their culture, from blindness to its prejudices or from faults of character. We should make allowances for that when we evaluate their art and not let ourselves be distracted from appreciating its values. When Spotify took R Kelly off its playlist it faced the objections of fans who value his music. The brilliance of Michael Jackson’s music transcends accusations of paedophilia levelled against him. Many people, including Wilson, believe that Wagner’s works deserve veneration despite their dubious elements.

When is a ban justified?

The distinction between art and the artist breaks down when the intention of the artist is to support a racist or sexist ideology. Leni Riefenstahl used her talents as a filmmaker to celebrate Hitler’s regime. D.W. Griffith defended the prejudices of white Southerners in Birth of a Nation. 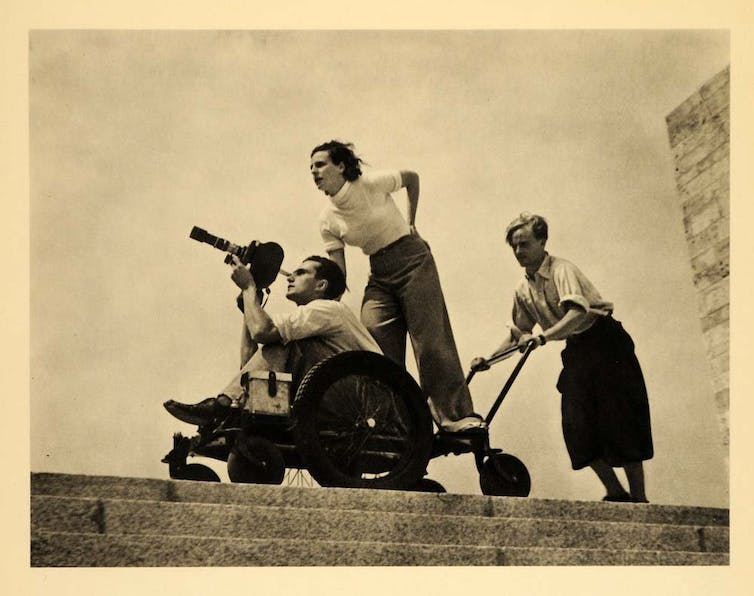 It also breaks down when the artist is a celebrity and a role model. One museum director defended her refusal to exhibit Nona’s art because showing it would endorse his status as a role model in his Indigenous community. Football players are suspended for acting badly. Why not penalise artists by taking their art out of circulation?

If a work of art vilifies a group or incites violence then there are legal as well as moral reasons for banning or censoring it. If showing an artist’s work impacts on his community and causes serious distress to his victims, then these people should have a say about what should be done with it.

But a ban on a work of art is only justifiable so long as the danger or harm exists. Nona has apologised for his deeds and has tried to rehabilitate himself. There is no good reason why his works should not reappear on gallery walls.

The #MeToo movement provides the most plausible reason for shunning or boycotting the works of artists who rape, assault or bully others. This movement arose from women’s complaints about their treatment by powerful men as actors and producers – men whose position and fame gave them the power, the women allege, to wreck careers and get away with sexual assault and harassment. 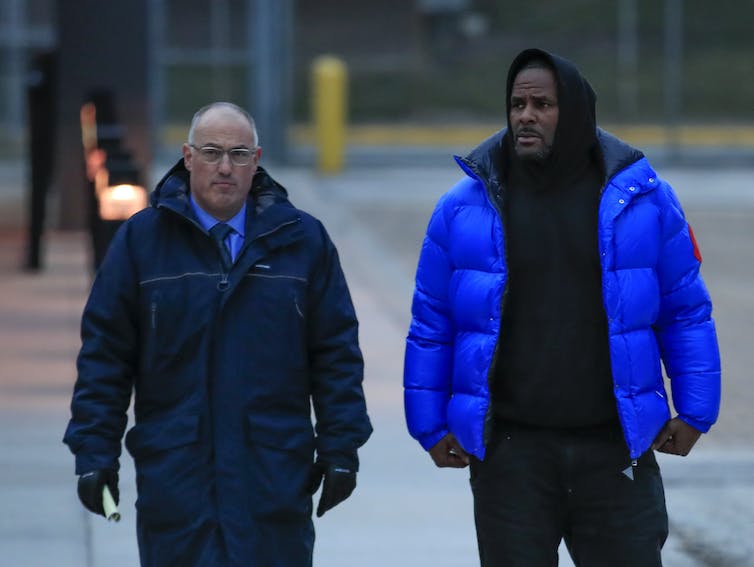 R. Kelly is escorted out of jail on bail by his attorney Steve Greenberg in February. Kelly, who has been charged with 10 counts of aggravated sexual abuse, has pleaded not guilty to the charges. Tannen Maury/EPA

Punishing these men through the courts is a difficult course of action. The charges are often hard to prove and cultural acceptance of bad behaviour by artists sometimes makes it difficult for judges, juries and witnesses to regard their acts as serious wrongs.

What is needed, most #MeToo advocates agree, is a cultural change. An effective way of changing the culture of artists is to prevent them from exhibiting their works or performing their roles. Kevin Spacey’s removal from All the Money in the World (despite the fact that he has pleaded not guilty to the charge that he assaulted an 18-year-old busboy in a Nantucket bar) sent the message that sexual assault would no longer be overlooked or tolerated. It was both a punishment and an expression of moral distaste. It vindicated the status of the victims and it warned others to avoid offending. 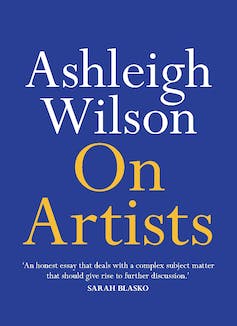 But this strategy for achieving cultural change has obvious dangers. Wilson is right to worry about where we are going when we start removing pictures from gallery walls or preventing actors from performing. If the character of the artist becomes a criterion for judging art then the door is open to the exclusion of artists because they belong to a despised group or because they have said or done something that many people do not like. Removing or censoring art works can also be an unfair way of achieving a moral goal, especially when wrong doing by artists has been encouraged by the complicity of others. In an interview after Hitchcock’s death, Tippi Hedren refused to allow the wrong he did to override her judgement about his talent and contribution as a film director. “I still admire the man for what he was.” The distinction she insists on making is worth preserving. We should expose the wrongdoing of artists and but we should not be prevented from admiring their works.